Devoted to the future of music while always keeping an attentive ear to the past, Lefto Early Bird’s background is deeply rooted in jazz, hip hop, beats, future bass, house and everything in between that has a element of soul in it.

From his real name Stephane Lallemand, the Belgian born DJ, selector, producer and curator is well known for taking his crowd on an eclectic journey, blessing sound systems around the globe with all types of sounds, rhythms and BPM. His curation skills led him among others to release a compilation showcasing the new generation of Belgian Jazz Artists to, Lefto presents Jazz Cats or to host residency nights at festivals such as Dour Festival since 2006.

Throughout the years, the Brussels resident has also built close relationships with reference labels such as Ninja Tune, Blue Note, Brownswood Recordings, BBE or !K7Records. After two decades on Belgium’s foremost national FM radio station – Studio Brussel – Lefto opened a new radio chapter by joining the underground station in the heart of Brussels, broadcasting from an alternative location in the park, and appropriately dubbed Kiosk Radio.

Born in Mexico and former resident of London and Berlin, globetrotter Coco Maria – born Ana Lucia – grew up surrounded by music at home, but quickly realised that as much as she loved hearing it herself, she loved sharing it even more. Starting with CDs and then collecting wax when she moved to the English capital, she has used that love and knowledge of high vibration music to discover Afro-Latino rhythms from South & Central America, Brazil, the Caribbean and beyond. Her selection is a mixture of joyful and obscure gems ranging from samba, charanga, cumbia alongside an assortment of rarities from sunnier, far-off places. Jazz, soul or boogie are also part of Coco’s DNA and never left aside in her selections.

This passion and knowledge of Brazilian, South & Central American music led Coco Maria to start her own weekly radio show ‚Club Coco‘ on Gilles Peterson’s London-based online radio, Worldwide FM. where she spreads the love for these sounds every Wednesday. In 2021, she stepped into the game of compilation curating with ‚Club Coco‘ on the Swiss label Bongo Joe, which perfectly sums up the sunny high energy of what her concept represents, and also includes her debut as producer and singer. 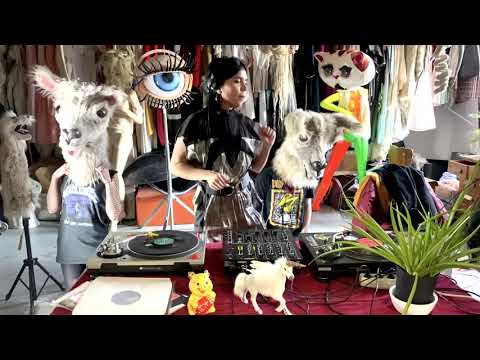